A small post I wrote for Griffin Theatre Company about my work as a Griffin Studio 2015 artist. Original post can be found here 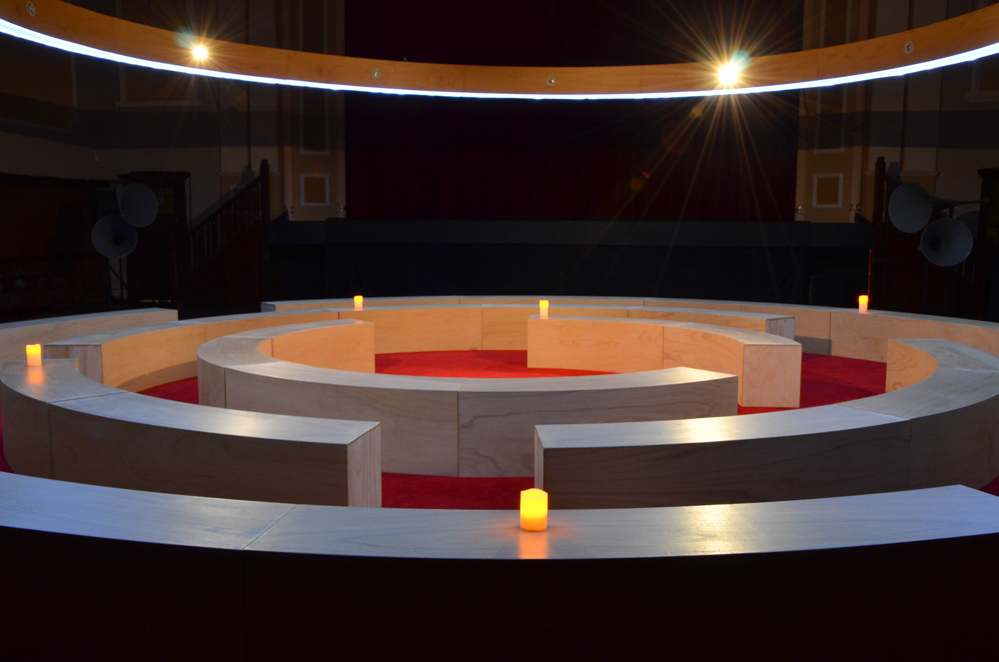 I’ve been asked to write a little something for you about my theatre practice and my work as a member of the 2015 Griffin Studio. To be completely honest, I’ve been asked several times over the past four months, but have never actually managed to find a way to start. I always have at least five ‘urgent’ emails open on my computer desktop, and the ever-so-polite third reminder email from Ben Winspear has been open there for longer than I care to recall. There have been several additional ever-more-unambiguous-but-always-polite reminders since then, and now, finally, with my young son asleep for his morning nap, I am finally putting words to the page.

To be brutally honest – blank pages terrify me. They always have. Starting to fill a blank page always takes the longest time with any project that I have ever embarked on. Perhaps this goes part of the way toward explaining my fascination over the past decade in a particular kind of documentary theatre practice – taking scraps of found language from the real world, from reports, transcripts of inquiries, from interviews, from instruction manuals and shaping these into theatre works. These works have ranged in subject matter from the so-called ‘Children overboard’ affair, to the experiences of people left behind in long-term missing persons cases to, in my most recent work Quiet Faith, conversations with Christians about the relationship between religion and politics in contemporary Australia.

To make these theatre works, I gathered together found words from the outside world, and then delicately craft these words into theatrical experiences. Other people call this ‘verbatim theatre’, but the word ‘verbatim’ implies a too-close association with ‘truth’, something that the theatre, for all its embrace of real-ness and real people, cannot actually deliver. The term ‘documentary’ acknowledges that these materials are real – most are literally documents of one form or another – but also makes it clear that there is a frame around the presentation of these materials, that, despite their strong truth claims, they have been changed by their transformation into theatre.

When I make theatre, I spend a lot of time talking to people about the particular issue each new work will explore, and at the same time begin ‘collecting’ language, imagery, social rituals and spatial concepts. After this research and gathering phase, I generally immerse myself in the material, and somehow find the structural principles, the precise ordering of ideas and the flow of experience over the show that enables the new performance to take form. As director Tim Etchells has said about work with his company Forced Entertainment: “We don’t know what it is, but we know it when we see it.”

During my time in the Griffin Studio I’ve been working on a range of projects, but have been primarily focused on two new works. The first, a commission from Mandurah Performing Arts Centre, has involved me conducting recorded conversations with local residents of this beautiful coastal area about an hour south of Perth. I’ve been talking to them about the way they live, the homes they live in, and their hopes and dreams for the future. In short, it’s a show about urban development and environmental sustainability, and I hope that audiences will get to experience it in the coming year.

The second has been focused much closer to home, and is more tangibly related to my time at Griffin. At the 2013 Australian Theatre Forum, I asked a question to a panel of festival directors about whether any of them were planning to program anything relating to the upcoming 2015 Asian Football Cup. Blank faces and a blanket ‘no’ was my answer, along with a confused silence from the assembled delegates. Afterwards, Griffin’s AD Lee Lewis bounded up to me in the foyer, and our conversation led to my current project, Smurf in Wanderland. Over a year, I attended home games of the Western Sydney Wanderers wearing the colours of their cross-town rival, Sydney FC, and documented my experiences. As a Sydney FC member for a number of years, and having grown up in Western Sydney (I was literally born across the road from Parramatta Stadium, now the Wanderers home ground), I hope to use these conversations driven by shared football fandom to create a theatre work about identity, geography and belonging across the city of Sydney. I look forward to continuing work on this show as a member of the 2015 Griffin Studio, and hope to see you all in the theatre foyer very soon.